I tend to be a bit of a planner, so when a little spontaneity unfolds, I embrace the hell out of it. After a morning spent grabbing some great finds at a local shop for my very first Record Store Day (more on that to come later) we decided to reach out to friends to see if they had any interest in hanging at our home for dinner, cocktails, and of course, vinyl. Despite the last minute invite, we were pleasantly surprised that they were free.

Now, we are fortunate to have a number of friends who happen to appreciate music the way we do, and this couple is certainly no exception. When I asked which album he would like to hear first, without any hesitation the words “Jeff Buckley – Grace” were enthusiastically uttered. He had never heard the album on vinyl, and of course I was happy to oblige. No one ever needs to twist my arm to play Buckley.

So, why isn’t this Whiskey Vinyl Vibe titled “The Spirit of Jeff Buckley”? For a number of reasons, with the first being that Buckley deserves some serious attention and when you are socializing and listening to music at the same time,  the attention factor tends to wane. The second reason has to do with the second album that we put on…well, now that I think of it, it was actually the third. You see, I learned something new about one of our friends when her eyes lit up at the site of the Rob Zombie album we had picked up earlier in the day, so I had no other option but to give it a quick spin. I think she was pleased.  Next up was certainly a bit different than the prior choices, but it had no less impact. The moment the needle dropped and the strong roar of the percussion exploded from the first track of The Preservation Hall Jazz Band – That’s It, we all fell silent and turned it up. Turned it way up.

I’ll admit that I’ve never been to New Orleans, but I have a solid appreciation for the music – and this album screams New Orleans throughout.  It consists entirely of original songs for the band, which is a first in their extensive history, but still felt like a complete throwback and I would’ve never known that these were new pieces if I hadn’t read the liner notes. Another interesting tidbit is that it was produced not only by PHJB member Ben Jaffe, but also Jim James of My Morning Jacket. The hubby and I have always agreed that Jim James is one of those people who is such a genius that he just might be borderline crazy, which is likely why his involvement in musical projects always seems to produce something a bit magical. This album is no exception.

Thanks to our friends for enjoying this random night with us in our home and sharing in our varied tastes of music, and also to my husband for whipping up an incredible cocktail for us to enjoy with album. Besides having a spontaneous evening with friends, I now want to figure out how to take a spontaneous trip to New Orleans – but that one might just require a bit of planning.  In the meantime, I will just have to settle for more last minute nights like this one – cheers!

A New Orleans tradition like the Preservation Hall Jazz Band deserves a traditional New Orleans cocktail to go with it. As such, the Vieux Carre was a no-brainer. I mean, it’s even named for the French Quarter. It doesn’t get more quintessential New Orleans.

I’m currently having a love affair with this cocktail, I’m not ashamed to admit it. There’s spice and heat from the rye, there’s herbs and a bit of sweetness from the Benedictine, depth from the cognac – it has it all.

A bar spoon full of Benedictine

Combine all ingredients in a cocktail pitcher full of ice and stir. Strain into a rocks glass with fresh ice. Garnish with a lemon twist and enjoy. Cheers! 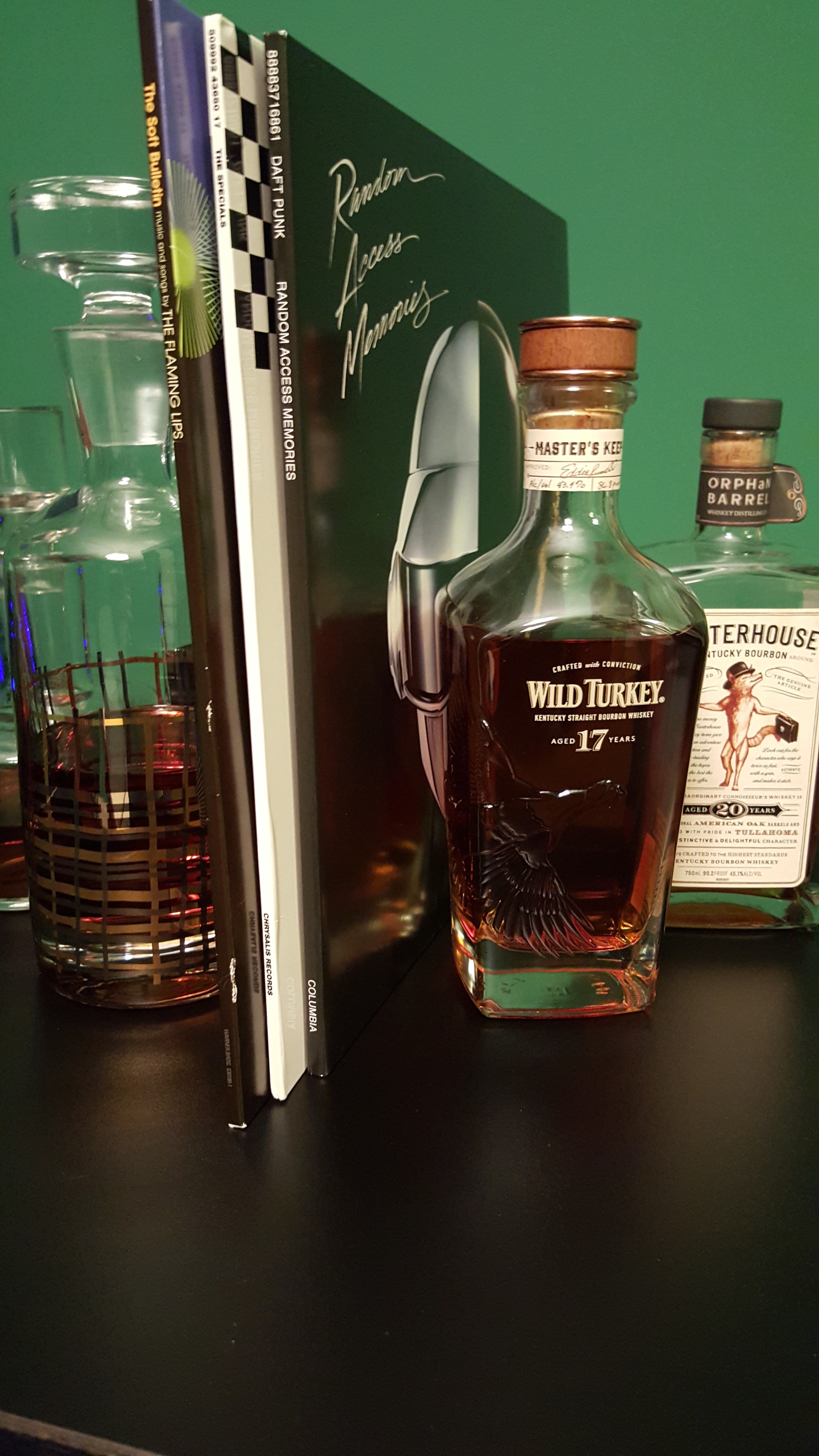